A French manual to learn all about the Security Council

Did you know that it took the General Assembly 155 rounds to elect a member of the Security Council in 1979? Colombia and Cuba were unable to break the tie in the previous 154 rounds, so Mexico had to be nominated as a compromise candidate to break the deadlock. This anecdote is just one of many in the Security Council Handbook, the French version of which was presented on Thursday 28 October at the Swiss Mission in New York.

Gabon, Niger, Tunisia, France as well as the Organisation de la Francophonie (OIF) and Security Council Report (SCR), sponsored this French translation produced by SCR and financed by Switzerland. The participants welcomed the publication of this user's guide to the Council's practices and procedures, a copy of which has already been distributed to the 88 States of the Francophonie.

Divided into four parts, the handbook details, in just over a hundred pages, the Council's written rules and procedures. The subsidiary bodies of the Security Council, as well as the relations with the other organs of the United Nations, are also the subject of separate chapters. Originally published in English, the French version was updated, particularly taking into account the changes introduced following the pandemic, which had a significant effect on working methods.

"Switzerland is glad to be able to make this contribution to plurilingualism, given that the latter suffered somewhat during the pandemic, as health restrictions sometimes prevented the translation of important debates," noted Ambassador Pascale Baeriswyl. The OIF also expressed its satisfaction, and Ambassador Ifigeneia Kontoleontos underlined that the manual would be very useful to strengthen the work of French speakers at the Security Council.

For Karin Landgren, SCR Executive Director, this tool is all the more important as the work of the Security Council has increased enormously and has become more complex in recent years. "Just like an elite athlete, future Council members can use this handbook to train before they sit on the Council.”

The manual is available here in French and here in English. 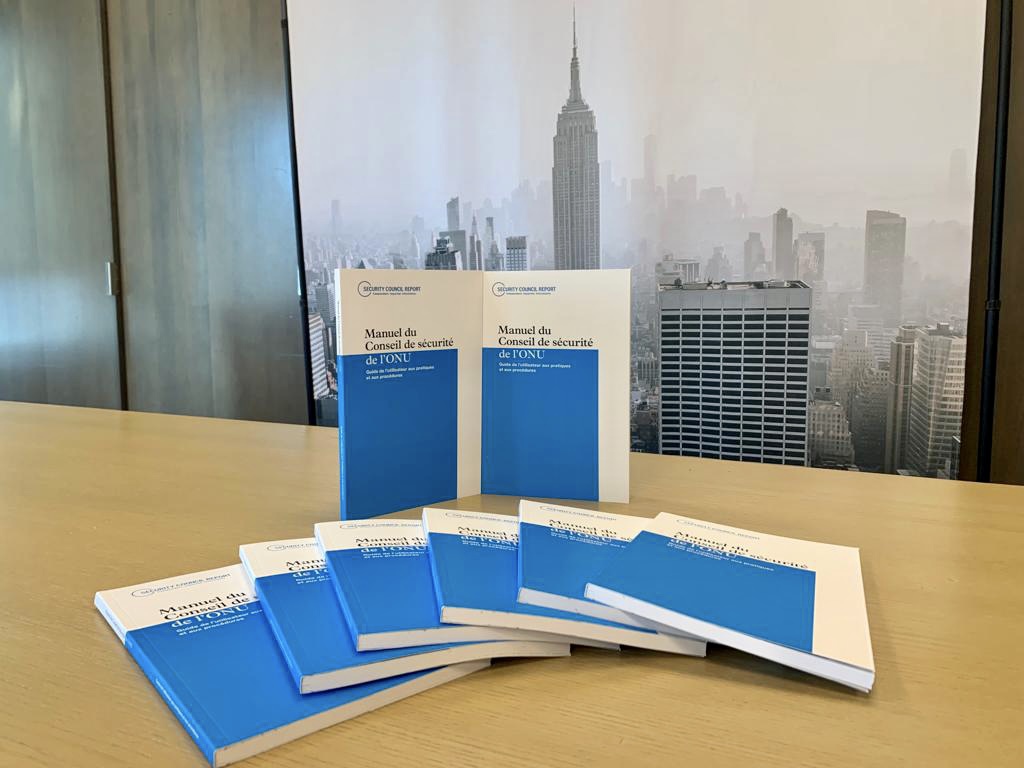 Art for a better world