Swiss "peacemakers" are present in around twenty countries

Promotion of peace and human rights is embodied in the Swiss Constitution as an objective of Swiss foreign policy and is thus accorded high priority. It’s the reason why the Swiss Federal Department of Foreign Affairs has been carrying out specific programs to promote Peace and Human Rights for two decades in about 20 selected countries in Eastern Europe, the Middle-East and North Africa, Sub-Saharan Africa, Asia and Latin America. In the framework of an integrated humanitarian, developmental and political approach, the Swiss Expert Pool for Civilian Peacebuilding of the Peace and Human Rights Division deploys Human Security Advisors to Swiss representations, who are in charge of building and maintaining a network of contacts to governmental, non-governmental and multilateral institutions and organizations in order to best implement measures in favor of Peace and Human Rights, dialogue, conflict resolution and good governance.

Mr. Jonas Geith serves since 2018 as Swiss Human Security Advisor for Libya. He spoke at a panel discussion in March 2021 at the Security Council. He answers here three questions.

Could you briefly describe your role as a Human Security Adviser for Libya (HSA)?
I am responsible for the Peace and Human Rights programme on Libya at the Swiss Federal Department of Foreign Affairs. As it is the case for most other countries, the Embassy of Switzerland in Tripoli has been closed since July 2014 and the international engagement on Libya is mainly coordinated from Tunis. Together with a team of Libyan colleagues, I oversee the projects of partner organizations active in Libya and provide them with support to implement their peace and human rights activities. I also represent Switzerland in the political process, in particular through our co-chairmanship of the Working Group on International Humanitarian Law (IHL) and Human Rights (HR) in the framework of the Berlin process. My responsibilities include the assessment of the situation on the ground, the identification of areas of concern that deserve to be taken on the political level, and the recommendations of measures that Switzerland can take either bilaterally or in the different multilateral arenas. I find it particularly important to enable Libyan voices to be heard by the international community. For instance, we often have partner organizations that actively engage the Human Rights Council in Geneva or the Security Council in New York.

What are Switzerland’s priorities in Libya and how is your work contributing to them?
Switzerland has always advocated for the need of inclusion of the different regions and the diversity of actors in the political transition of Libya. Since the revolution in 2011, Switzerland has a strong focus on conflict transformation and human rights. We support mediation processes at the national level, as well as within and between communities across Libya. Switzerland is also actively supporting human rights defenders and the international advocacy of Libyan human rights organizations. In the humanitarian field, Switzerland is providing support to people affected by the conflict and contributes to improving the humanitarian access to the country. Finally, Switzerland supports the specialized UN agencies in the protection of migrants and refugees.

What is the role of Switzerland in the Berlin Process and how does it affect your activities?
Since June 2020, Switzerland is co-chairing the Working Group (WG) on IHL and HR of the Berlin process together with the Netherlands and the United Nations Support Mission in Libya (UNSMIL). This is one of the four working groups established in the aftermath of the Berlin conference in January 2020 to support the UN-led Peace Process. In line with the Berlin Conference Conclusions, the IHL/HR WG aims at increasing respect for IHL/HR amongst all Libyan parties. As co-chairs, we try to ensure that IHL and HR, as cross cutting issues, are being considered in the different tracks of the peace process. In addition, we see our working group as an entry point for the Libyan civil society to take influence on the political process.

The sanitary situation has had a huge impact on the modalities around the Libyan peace process and requires a degree of creativity to develop tangible action to improve the situation on the ground. At the same time, virtual meetings have also provided opportunities of engagement that would have been more difficult if all meetings took place physically. I would like to mention two examples here:

Read more on the deployments of Swiss experts in the world in the quarterly journal Swiss Peace Supporter. 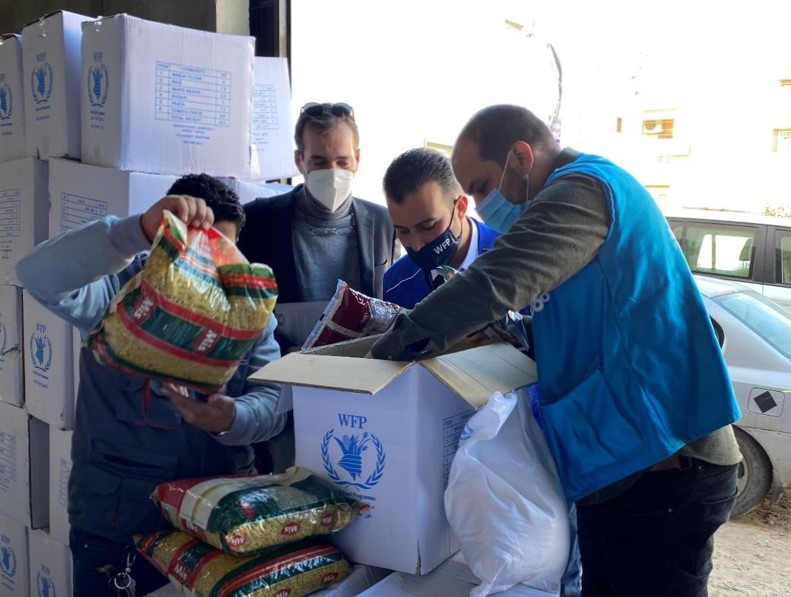 An app for women's rights

A green alliance to turn words into actions!